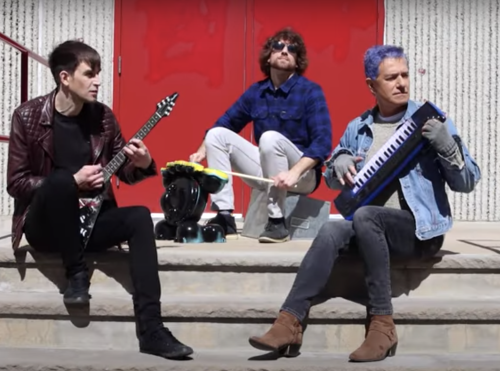 Picasso Kat is an Alternative pop rock solo project fronted by Singer, Songwriter / and Producer Phil Vassil. Hailing from New York, the project is one to keep an ear out for, as their explosive new single “Beautiful Day,” is a vibrant and

Newly formed in 2020, the group is already on their way to becoming one of the most notable bands of the year. They bring the spirit of indie and punk roots back to life with a unique sound that is brilliantly their own.

The group has recently released their new single and video for “Beautiful Day,”  which is off their new, debut album “Silence Bleeds,” currently out now.

Silvertone Hills Get a “Reaction” with Latest Release

Getting Edgy With NEW MYTHS