U.S. President Donald Trump has a well-earned reputation for being made of Teflon. At every stage of his career as a real estate investor, television host and politician, he has had a wave of lawsuits, disgruntled associates, allegations and scandals following him around, culminating in the two-year inquiry into alleged Russian involvement in his successful 2016 presidential campaign. CCN recently reported that the outcome of the Mueller report simply underlined his ‘Teflon Don’ reputation, linking him to several potential scandals without providing enough basis for any subsequent legal action.

All of this may be about to change however, following the recent election of Letitia James as the Attorney General of New York. Prior to her election, she made no secret of her intention to go after Trump after assuming office, even publicly promising to investigate his family businesses.

Just a few of the things I plan to focus on as Attorney General. . .

Letitia James has won the Democratic primary for NY attorney general. If elected in November, she’ll be the first Black attorney general in NY history. She has promised to reform NY’s criminal justice system and to investigate and prosecute Trump’s family businesses. 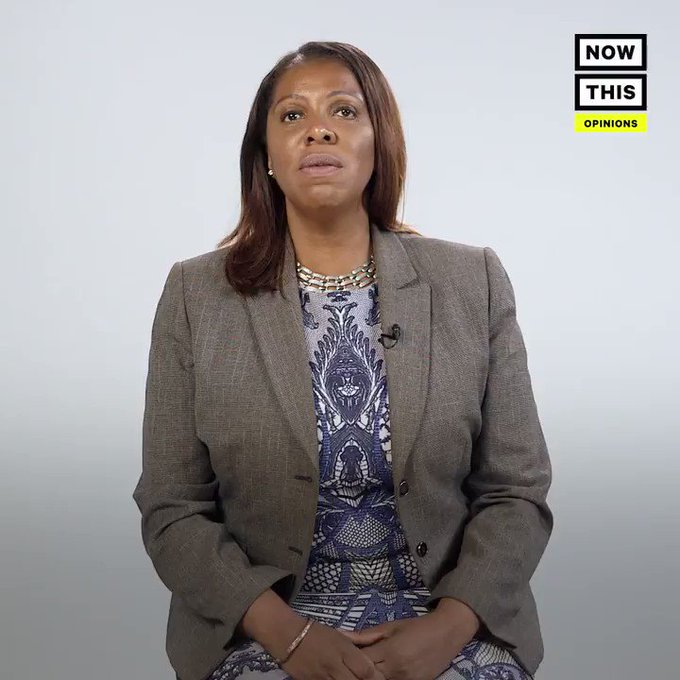 342 people are talking about this

From Trump’s point of view, since she assumed office in January, her actions have marked her out as more than just another blowhard Democrat. In terms of putting up a formidable challenge to the continued legitimacy of a Trump presidency, Letitia James is the real deal. Forget whatever is happening in Washington DC – New York is where the only serious legal challenge facing Trump exists.

“TISH” IS NOT ROBERT MUELLER

The significant difference between AG James and the plethora of anti-Trump characters on Capitol Hill is that she does not act like a politician, and more importantly, she does not need to. Unlike House Democrats who have long lost the battle to frame their inquiries into Trump’s scandals as anything other than political harassment and bullying, James does not need to frame her investigations in such a way as to be politically acceptable to anyone. Her job is simply to investigate any potential wrongdoing and recommend legal action if necessary, which means that she is playing outside of Trump’s favored arena.

Since taking office, she has quietly but ruthlessly issued a barrage of subpoenas, pursuing dozens of investigations into Trump and everyone around him including his family and associates. All of this has flown under the radar a bit, because James is not trying to score a political point, but rather to achieve a judicial outcome – something that sets the events in New York apart from the ongoing Capitol Hill circus. As a result, she is seeing results where even Congress has not been successful. She has successfully subpoenaed Deutsche Bankover its loans to Trump’s businesses – something Congress was unable to do – and the bank has already starting handing over documents.

The much-heralded Mueller Report by contrast, was doomed from Day 1, burdened by wall-to-wall media coverage and a political circus surrounding it, which some argue compromised the entire investigation. More importantly, Robert Mueller did not set out to investigate whether Donald Trump has a legitimate presidency or not – a point that continues to elude Capitol Hill’s Democrats. Mueller merely set out to find out whether Trump was guilty of conspiracy and collusion – both of which require a measure of evidence that was never going to come out of the most anticipated report since the Starr Report.

Tellingly, for a president who has built so much of his reputation on the platform of being a cocksure fighter that never backs down, Trump cuts a distinctly worried figure when talking about AG James’ investigations. Even the language in his tweets on the subject betray the fact that he is worried about James in a way that he never was about Robert Mueller’s inquiry.

….In any event, it goes on and on & the new AG, who is now being replaced by yet another AG (who openly campaigned on a GET TRUMP agenda), does little else but rant, rave & politic against me. Will never be treated fairly by these people – a total double standard of “justice.”

46K people are talking about this

Even more tellingly, he has so far refrained from aiming one of his legendary Twitter jabs at AG James, settling instead for smaller targets around her.

All part of the Witch Hunt Hoax. Started by little Eric Schneiderman & Cuomo. So many leaving New York!

The NY Attorney General called President Trump an “illegitimate president.” She has proven to have a vendetta against @realDonaldTrump & is using her position of power to baselessly smear the President & the work he’s done for the American people.https://nypost.com/2019/03/12/letitia-james-subpoenas-banks-for-trump-organization-records/ …

21.4K people are talking about this

Of course, there is no guarantee that the investigation will result in an outcome that changes America’s political situation, and if there is anyone capable of withstanding a storm that would bring most politicians down, it is certainly Donald Trump. We might be witnessing the start of a struggle between the unstoppable force of Letitia James and the immovable object of Donald Trump.

The One Drop Rule: Its Origin and History as an Instrument of American Racism

VACCINATE YOUR MIND AGAINST CULTS AND UNDUE INFLUENCE

Congratulations to Mariah Carey: A New Inductee In The Songwriters Hall...

Chasing a Purple Dragon: Why Reparations for Slavery Should Not Be...

Can We Please Stop Pretending That Ilhan Omar “Controversy” is a...