Buckle up as FinTech accelerates the electric vehicle industry

Menopause and its complications

We will be going back to the moon by 2024, therefore we’ll create a better life for the human race. Nine companies will be bidding on contracts to go are nine companies.

Is to program transportation services who will send small robotic landers and rovers to the moon for exploration, and the lunar science. As one of the first steps in the long-term scientific study and human exploration of the Moon and eventually for Mars.

Companies are preparing to do the groundbreaking studies:

Awarded a large amount of $77 million. The company proposed to fly as many as five payloads to the Oceanus Procellarum, a scientifically intriguing dark spot on the Moon, by July 2021. 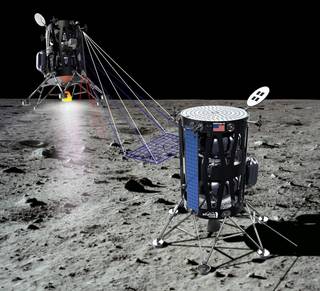 New Jersey, Awarded a huge $97 million and proposed to fly as many as four payloads to The Mare Imbrium, a lava plain in one of the Moon’s craters, by September 2020.

We Are Going Back To The Moon:

With 2024 coming fast, the Agency traditionally has had trouble sustaining enough of a budget to get anything done. As a result, Getting to the moon and Maybe to Mars anytime soon. Is definitely going to require President Trump’s re-election bid to succeed.

It’s this type of policy can help the administration with more popular among Scientists. Therefore this is a great way to monetize space and hopefully lead to some very interesting Employment Opportunities.

Taylor Swift May Have Covered Herself On Killing Eve

How To Soundproof A Garage Quickly And Easily

ABOUT US
HVY Journalists, launched March 16th, 2019, is a news and media platform made by and for journalists. We want to promote journalists rather than a news publication. We want the journalist to be in control of his or her story. We want readers to follow their favorite journalists instead of following different news sites. Journalists on HVY are proud to be in full control. HVY Journalists is a part of the news organization Hawkfish AS, Drengsrudhagen 6, 1385 Asker, Norway.
Contact us: contact@hvy.com
FOLLOW US
© © 2020 Copyright: Hawkfish AS. Address: Drengsrudhagen 6, 1385, Asker, Norway.
MORE STORIES