Bitcoin halving means slashed rewards for miners. In the next one, the reward will drop from 12.5 BTC per block mined to 6.25. In the two times, it has happened, without fail, prices have surged. But given recent events in the market, many have been uncertain if the 2020 halving will deliver the same results. Well, one historic predictor has come to the aid of many. Analyst PlanB who developed the Stock-to-Flow model says it is almost certain that prices surge. PlanB has called upon the data over the years and believes that Bitcoin will enjoy gains of upwards of 113% in the next 6 months. 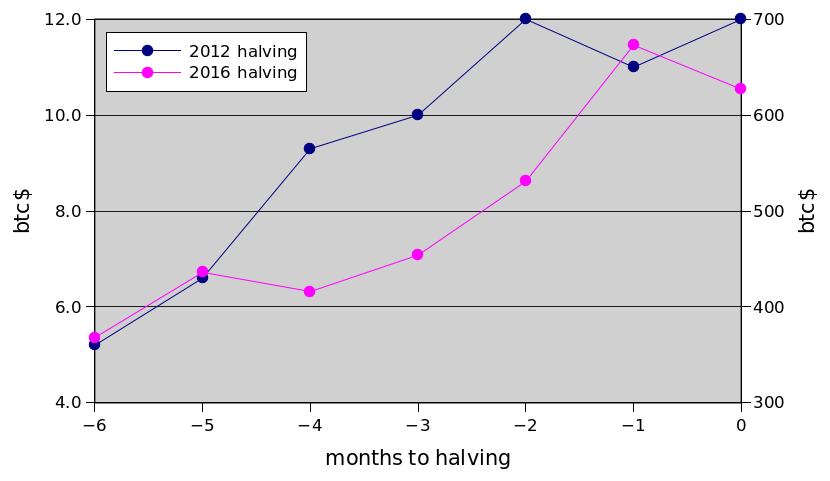 Now the indicator is showing that Bitcoin will experience a huge surge in the next six months, leading up to the halving.

Going Down On Bitcoin Halving History

Photo by Thought Catalog on Unsplash

Whatever the levels, it is still clear that the asset is still undervalued at current levels and bullish, set to reach new all-time highs in the coming months.

Thanks for reading! Please subscribe to my profile if you want to get more news and let us catch up on the next piece.

Patrick Mahomes Has Secured the Highest-Paying Contract in Professional Sports

Patrick Mahomes Has Secured the Highest-Paying Contract in Professional Sports

ABOUT US
HVY Journalists, launched March 16th, 2019, is a news and media platform made by and for journalists. We want to promote journalists rather than a news publication. We want the journalist to be in control of his or her story. We want readers to follow their favorite journalists instead of following different news sites. Journalists on HVY are proud to be in full control. HVY Journalists is a part of the news organization Hawkfish AS, Drengsrudhagen 6, 1385 Asker, Norway.
Contact us: contact@hvy.com
FOLLOW US
© © 2020 Copyright: Hawkfish AS. Address: Drengsrudhagen 6, 1385, Asker, Norway.
MORE STORIES

Bitcoin SV Supporters Suffer The Consequences Of The Man Behind It...

Bitcoin Has A Way Of Making People Who Challenge It Look...