The Houston Rockets simply can not dethrone the warriors of the Golden State. Because of Steph Curry’s sensational second half performance, the Rockets were sent packing by the Dubs for the fourth time in five years. Even without Kevin Durant’s presence, Houston’s Warriors proved superior.

One prankster took to the Wikipedia page of the Rockets and changed the name as the owner of the team. The alter lists the owners of the team as Stephen Curry and Klay Thompson, since for half a decade the Splash Bro’s owned the Rockets in the playoffs. 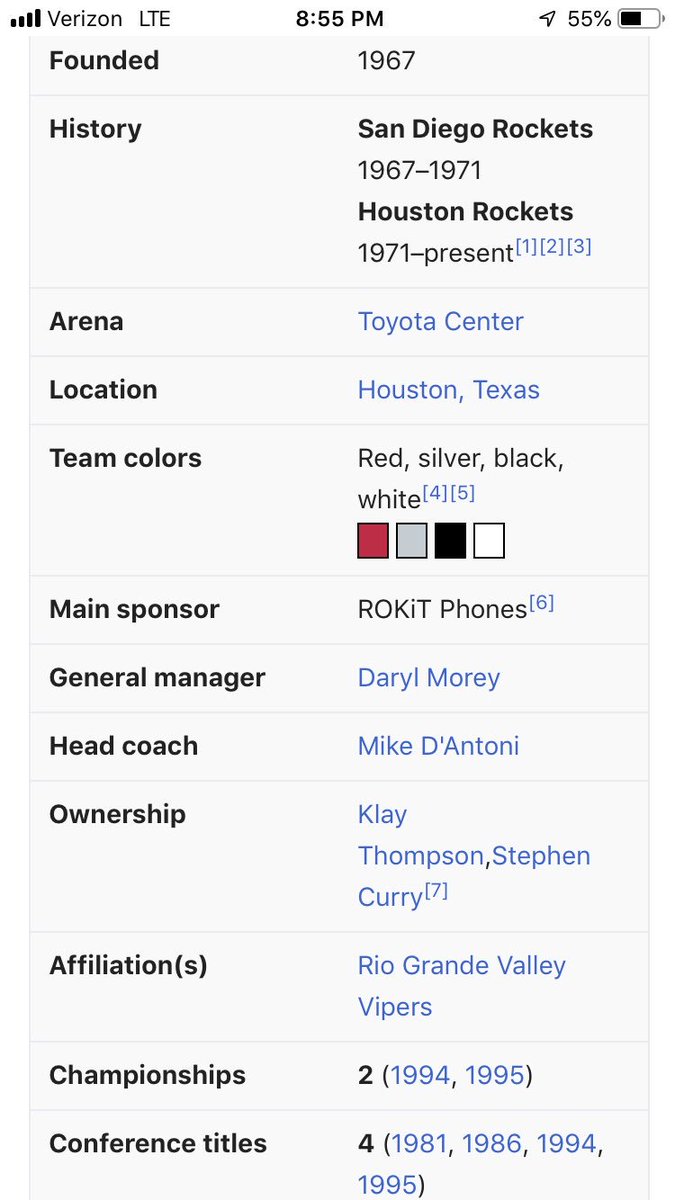 Warriors fans are having a field day after the team advanced to the Western Conference Finals, while Rockets fans are struggling to cope with the fact that the team may never have what it takes to overthrow Golden State.

Together with Thompson’s 27, Curry’s 33-point second half on Friday night proved the guards ‘ dominance over the Rockets.

The Warriors ‘ postgame merriment at the Toyota Center was so spirited and unscripted, washed away with clingy hugs and expletive-filled joy shouts that it would have been easy for an outsider to assume they had just won a championship with this 118-113 triumph over the Houston Rockets in their second-round playoff series in Game 6. In fact, to clinch a fourth championship in five seasons, they still need eight more victories, but success in a semifinal Western Conference, especially in a seesawing game against the powerful Rockets, has clearly never meant more.

“It was about as fun as our first championship,” said Shaun Livingston, one of six holdovers from the Warriors’ first Curry-led title team in 2015. “This night had those kind of vibes.”

Said Draymond Green: “I’m not going to sit here and sugarcoat it — like yeah, we’re used to winning, but this one felt amazing.

The Warriors are waiting for the winner of the Nuggets & Trail Blazers series.

Fight Night: Bieber vs Cruise; McGregor vs. Wahlberg – Tale of the Tape

Giannis Antetokounmpo Next Contract Could Be The Biggest In NBA History