BY MARKO VIDRIH: The Cobinhood reported to the police about the fears caused by “the emotional instability and personal behavior” of its co-founder Tai-yuan Chen, also known as Popo Chen, testifies the document that came into the web, dated May 6 and signed by the company’s technical director. 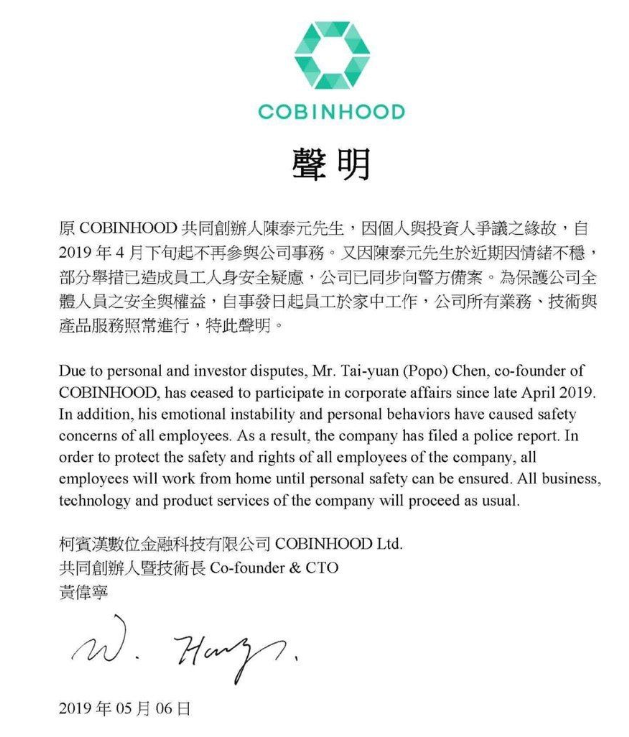 The Exchange promised its customers that these measures would not affect its “business, technology, products and services”.

A characteristic feature of Cobinhood is the ability to trade cryptocurrency with a zero commission. According to CoinMarketCap, the volume of trades on Cobinhood over the past day amounted to about $2 million, which allowed it to occupy the 133rd in the list of the largest crypto exchanges on the unordered volume of trades.

In 2017, representatives of Cobinhood apologized to investors, after the general public became aware that some of them received large discounts on the purchase of tokens during the previous ICO.

What may be caused by the “emotional instability” of Tai-Yuan, the company does not specify.

Congratulations to Mariah Carey: A New Inductee In The Songwriters Hall of Fame

The Growth of the Volume of Tweets and Search Queries on...