Firstly I should point out that, no, I have never been to Mauritius. So I know what you’re thinking: “er… so how can you have a reunion with a place you’ve never been?” Sucked in by my masterful play on words! There is no reunion, except of course for Réunion Island, an easy and logical side trip from the popular resort destination of Mauritius, and part of a travel pairing my family and I were recently lucky enough to make.

Technically a part of the African continent, the islands of Réunion and Mauritius lie about 1,000kms off the east shore of Madagascar in the Indian Ocean. While Mauritius itself is a self-governing nation, Réunion or La Réunion as it’s otherwise known, is, as you may have guessed, an overseas ‘département’ of France, and therefore part of the EU. The currency is the Euro, and just as when in Europe, a Euro just never seems to go as far as you think it should.

For Australians wanting to visit these isolated islands, you’ll need to make your way to Perth for the flight, then onwards via Air Mauritius, arriving at Sir Seewoosagur Ramgoolam International Airport which services (although is not particularly near to) the capital Port Louis. From there you can take an additional flight to either Saint Pierre or Saint-Denis on Réunion (about 40 minutes), or pause to investigate Mauritius and save La Réunion for later.

Whichever way you choose to explore the islands, it’s important to understand that although they are close to each other and distant from pretty much everywhere else, the similarities end there. Mauritius is postcard-esque and lined with expensive resorts, while Réunion is dotted with mountains and (predominantly) dormant volcanoes, with few accessible beaches due to its rough, shark-infested waters.

I feel for Réunion. It’s an appealing place but perhaps lacking a true tourism identity – its not beachy enough to feel like an island, and the towns aren’t attractive enough for it to be mistaken for France. But tourism has been identified as the way forward for this well developed, yet under-employed département 250 kms to the west of Mauritius. Close to 30% of Réunionnais are seeking work, a figure that balloons out to 60% when applied to youth aged between 15 and 24. 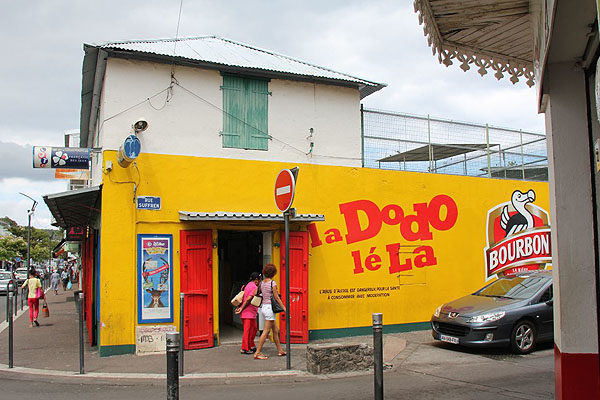 It’s a wonderful playground for hiking, camping, mountain biking, and other hill-inspired pursuits, but accessing lucrative anglicised markets will be hard without direct flights. Unless arriving from Africa, currently the only direct flights to Reunion depart from Paris, Bangkok and Guangzhou, with the majority of travellers therefore coming via Mauritius.

Arriving as the darkness of night sets in, our accommodation is hard to find as we follow the vague directions of our hopelessly lost sat nav. Is there any other kind? Luckily I have an in-built compass capable of turning our map into a real-time virtual world of freeway exits, twisting mountain lanes and perplexing dead ends. Stray dogs and swaying flora provide the only movement, with the exception of a shadowy figure sprinting across the yard of a red-fenced property that we think (hope) is the right one. The figure of course is me, and my boldness and stupidity turns to relief for my family as I establish that a) there are no Rottweilers present waiting to tear me apart limb by limb, and b) by the light of the moon the pool area is definitely one and the same as those presented in the Airbnb listing we chose all those months ago. We’ve made it.

Many accommodation rentals here are either at sea level in one of the coastal strips, or somewhere halfway up the mountains which gradually rise from the shore and dominate the landscape. We have chosen the latter, and the views from our villa are stunning – we make sure we are home each day in time to take in G&Ts and an extraordinary Indian Ocean sunset.

Our base is about half way along Réunion’s west coast, a region home to the majority of the population. From here – or anywhere really – a car is a necessity and it quickly becomes clear that this is the case for all inhabitants of the island. 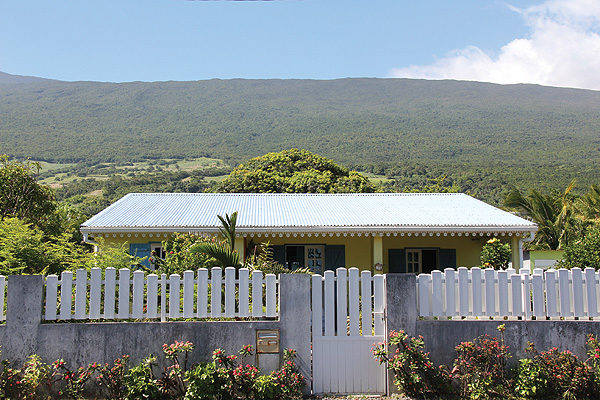 The need to drive is constant, whether stocking up on cheese, baguettes and red wine at the fabulous local Carrefour supermarché, lunching in Saint Pierre, or getting a speeding ticket in La Tampon. The intensity is unrelenting and palpable at either end of the scale – either digging your fingernails into the steering wheel on a nerve-rackingly narrow, twisting mountain road, or merging onto the coastal freeway at 110 kms, staying alert enough to swerve to avoid slower traffic doing 70 kms (and being aware that, occasionally YOU are the slower moving traffic, even if you are doing the speed limit). It could be worse. When not engaged in the above, the likelihood is you’ll be just sitting still in a traffic jam. Combined it gives new meaning to the term ‘traffic Island’.

The warm and friendly people of Réunion live very family-oriented lives, and are mainly descendants of the Europeans, Africans, Indians and Chinese who gradually migrated to this uninhabited island over the centuries. The most widely spoken language – Réunion Creole – has French origins. Many of the early arrivals were unwilling to say the least, but the slave trade era and all that it stood for is rarely discussed.

We meet one such family while dining at a beach-side restaurant named after the “practically unsinkable” troopship, the RMIS Warren Hasting, which of course sunk four years after launch, off the nearby coast in 1897. I guess an Australian might say that whoever made that claim had “put the moz on it”, but the establishment’s cheery proprietor, her son and daughter are surprisingly positive about the whole event as they whip around serving and entertaining, perhaps because all of the 1,244 people on board were successfully evacuated. 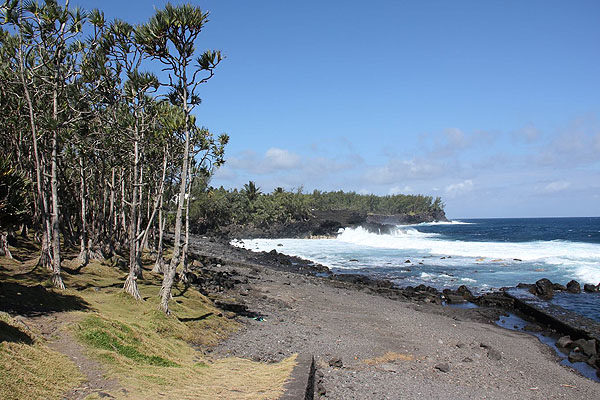 We enjoy a traditional curry, Marsala, and fresh fish, and sip ‘La Dodo’ beer, named after the purportedly brainless bird of neighbouring Mauritius, famously blasted into extinction by the bored rifleman of passing ships during the 16th and 17th centuries.

Moving on, our circuitous route takes us to the lookout at the Le fenetre Les Makes, one of the island’s three famous Cirques, and a stunning sight that evokes the wonders of the Grand Canyon itself, complete with distant helicopters buzzing around like dragonflies. It’s like standing on the edge of a mountain-chiselled amphitheater where nature is the star. The longer we stand and stare, the more detail we pick up in the distance – rocky cliffs, remote towns and hidden valleys.

No trip to the island is complete without a visit to its most popular site, the Piton de la Fournaise – the “Peak of the Furnace” volcano in the island’s south east corner, which attracts hundreds of thousands of people every year. The terrain mutates as we head further into the mountains. For the first hour you could be forgiven for thinking you were in the French Alps, but as greenery gives way to rocky outcrops, and eventually large dusty craters, you could seriously be on Mars. 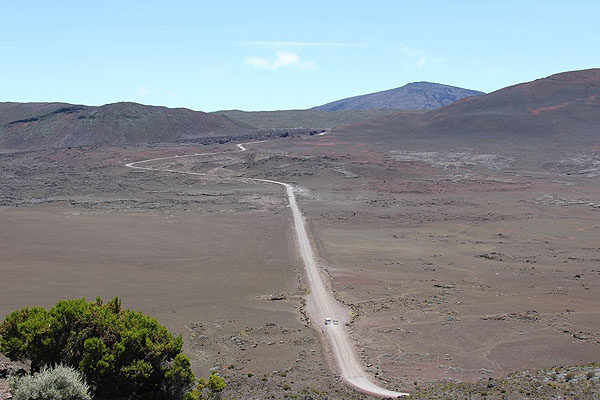 The volcano’s summit rises to a height of 2,632 metres above sea level, a 5-6 hour return hike for those who are prepared. The volcano experienced a minor eruption in 2017, and steam is still visible during the day, as is the glow of hot magma as night falls.

Later by the pool we reluctantly sip our last cocktails to an incomparable sunset – Réunion has saved its best for last. Driving aside we are all prepared to spend longer in this place, strolling through the markets, munching prawn bouchon and pain aux raisins, and admiring the colonial architecture of towns like Saint-Paul and Saint-Benoît, but it’s now time to leave.

I’d like to say we’d return one day soon, but that would require a tick from our bank manager. That’s a Réunion we currently cannot afford!

A tale of the tortoise and the hare on the Inca...

The Cambodia of then and now